Pottery has been a passion of Ellen’s for 30 years.
View all products 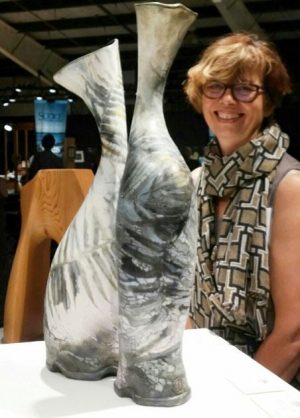 Early in Ellen’s career, her love of texture led her to a fascination with crocodiles and alligators, and for a time she as known as the “Alligator Lady”. At one point, the urge struck to create a full sized crocodile. Kitchen chairs and table were cleared out to make room for a bench and large bucket of clay. The result was a very convincing seven foot long “croco-gator” that sadly did not survive the firing process. With several changes in technique, two large scale creatures now keep her company in the garden.

Her most recent work has focussed on botanical textures and impressions. While working with three dimensional forms Ellen rarely uses a template. She prefers instead to find the shape within each piece of clay, searching for the graceful lines and feminine shapes she is known for.

Her work is sold in BC and Alberta, and has found homes around the world. 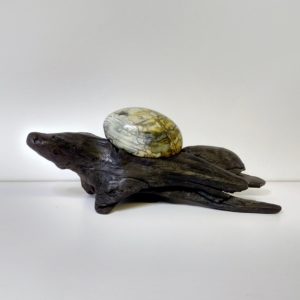 $165.00
A beautiful little egg on driftwood that seems to have an animal like form, carrying the egg safely on it's back.  The ceramic egg is hand built and fired in the "Naked Raku" technique.  A sword fern... 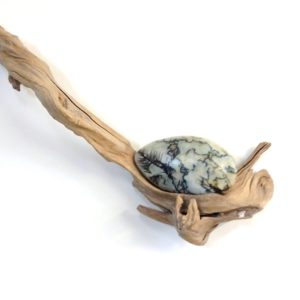 $350.00
Luna - Ceramic Egg on Driftwood. An egg discovered in an unlikely place waiting to reveal itself.  Nestled high up with a pearly glow, this piece has me dreaming of a still clear moonlit night.  It is... 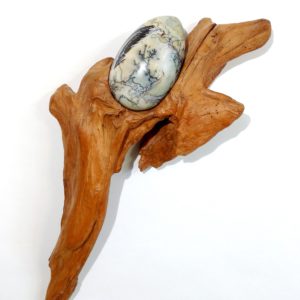 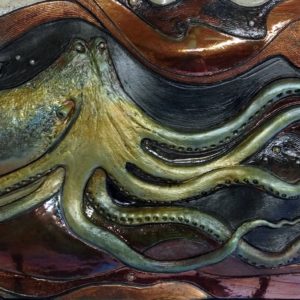 21 X 11. Form and design achieved by stretching the clay from underneath, then finalizing the drawing on the surface by hand 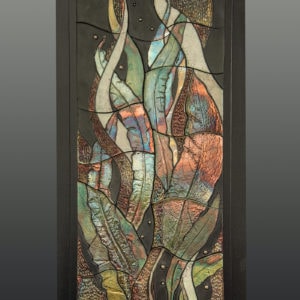 Raku Botanical Mural. 13 X 20. Sold Leaves are impressed into a freshly prepared slab of clay. Design elements are added. The slab is cut into many smaller pieces for drying and firing. Mounted on a b... 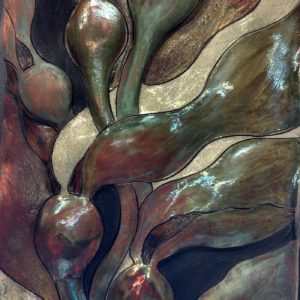 27 X 14. Sold. The form and design achieved by stretching the clay from underneath, then finalizing the drawing on the surface by hand.
See More

Ellen was a fantastic student, and it has been a pleasure to watch her become a fantastic potter
John Chernetski was Ellen’s first pottery instructor at Malaspina College.He has 50 years experience teaching, potting, and sculpting.
In my 30 years of tile experience, I have never seen anything as unique as this Raku backsplash. It was a pleasure to install and at the end of the day, Ellen, the client and myself were all thrilled with the result. It's more than a backsplash...it's a work of art. Spectacular! I would highly recommend that you contact Ellen to explore the possibilities for creating an unforgettable, one-of-a-kind masterpiece for your own home.
Dean Haight
About 9 years ago, I saw some of Ellen's pottery in a shop in Victoria, and decided to contact her to see about doing a backsplash for my renovated kitchen. Everything was handled by email, without a single hitch or surprise. The many pieces, which were all numbered, arrived safely, complete with a comprehensive drawing for the tilesetter to follow for installation. It couldn't have been easier. The backsplash is still as beautiful as the day it was installed. I am so pleased and have received numerous compliments. I would highly recommend Ellen.
Beth
Previous
Next